Hello, hello! I have absolutely zero self-restraint, and bought far more books than usual in the past thirty days or so. Lucky for you, it means you get a book haul! Unlucky for my bank account, well... you know... I hope you enjoy this 14 book haul!

From what I've gathered, Americanah follows a young Nigerian woman, Ifemelu, as she moves to America post-9/11. Here she comes to realize the stark difference in the racial inequalities American culture presents, in comparison to Nigeria. She is also shocked to learn the importance racial identity has in American culture. Ifemelu tries to navigate these waters whilst coping with the separation from her significant other, who was blocked from immigrating to the country alongside her.

I've been wanting to get my hands on this one since I first saw it popping up on booktube! Karo, who is just way too good to me, sent this my way as part of a book swap. It is by far a longer book than it looks. I'm slightly intimidated by the size, but excited to read nonetheless!

Speaking of the book swap with Karo, these two were hidden in the package, as well! I was so surprised by her generosity! I'm not going to look up the synopsis of these two. I want to walk into this world blindly trusting her recommendation. I'm extremely excited! Thank you so much, Karo! I'm going to place a longer link to her blog here, because I demand you visit it!!!!

To Sleep In a Sea of Stars by Christopher Paolini

This book came out last month. Why haven't I read it yet? I'm TERRIFIED!

Someone strap me to a chair and force me to read this book!!!

Maka, a Weapon Meister, and her scythe, Soul Eater, must fight and devour 99 human souls and 1 witch soul in order to turn Soul Eater into the ultimate weapon: a Death Scythe. The Death Scythes are the personal weapons of Lord Death, a Grim Reaper. Between these efforts, Maka and Soul attend Death Weapon Meister Academy and get up to all sorts of hilariously ridiculous shenanigans with an equally ridiculous cast of characters.

So, as you will come to see as this haul progresses, I've started collecting more comics and manga. I acknowledge that Soul Eater is NOT the best anime out there--far from it. However, it holds a very special place in my heart, and will probably always be my favorite. Funny enough, I've never read the manga! I'm trying to remedy that. This purchase will hopefully springboard my read through the Soul Eater manga. I'm very excited! Typically, I either watch or read. I don't double dip because the changes from manga to anime are often frustrating to me. However, I desperately want to experience this world with fresh eyes again, and I am looking forward to the reading experience! I'm intrigued about how/where the anime deviates from the original story.

The Sailor Moon anime was what I thrived off of as a little girl. I wanted nothing more than to be Rini/Chibiusa with big pink pigtails, and often saw my older sister as Serena/Usagi. I used to own most of the VHS tapes of the series, but have since passed them on to my nieces and nephews to enjoy. I've been missing the comfort of the tapes extra lately. Because of this, I've made the decision to start exposing myself to the manga. From what I can tell, this particular edition is supposed to be the closest translation to the original Japanese releases.

Sailor Moon is such a classic. You aren't getting a synopsis, as you are expected to have already experienced this world. Thank you, and goodnight.

Tohru Honda is devastatingly orphaned during her high school years. Instead of notifying the school or her orphaned status, she pitches a tent in the woods, and continues to attend school as if all is normal. To Tohru's surprise, she has made her new home on the property of the mysterious Sohma family, who may or may not be under an ancient curse.

Fruits Basket is another cozy storyline from my formative years. This is a rare occasion where I have watched and read the story. You can thank the anime's major cliff-hanger ending for that. I have heard the reboot handles the story far better, but I'm rather hesitant to give another adaptation a go. Don't get me wrong, I love the original adaptation--the opening theme used to be my morning alarm!--but I just don't see it being better than the books.

I was a little hesitant to pick up these collector's editions, as the translations are said to be far different However, I (and my bank account) am a fan of manga bind-ups. I may change my mind and acquire the original American releases instead.

Scott Pilgrim is a twenty-something dweeb in a rock band, jobless, and dating a high schooler. His life is comfortable, and exactly where he desires to be. At least, he thinks so... but the eccentric roller-blading Ramona whizzes into his life, and shakes everything up. Now, Scott finds himself on a conquest, not just for Ramona's heart, but against her Seven Evil Exes.

This movie makes my soul happy. Unfortunately, I've never read the comics... but all of that is about to change. I picked up the bind-up edition that has the first two volumes in all of their glorious full-color.

Thrust into a seemingly never-ending galactic war, an unlikely pairing--two soldiers on opposing sides--fall in love. The pair must then navigate the war-ravaged world and raise their newborn child to the best of their abilities.

I have yet to give this series a try, but I've been told time and time again by close friends that I would enjoy it. Whilst shopping at Barnes and Noble, some random customer in the comic aisle practically forced volume one on me. In that moment, a complete stranger accomplished what none of my friends could. I purchased the comic posthaste. I've flipped through to look at the art style. I really enjoy it, and I hope the story is just as great!

The Rat Queens comics follow an adventuring guild of baddass, debaucherous, and most-likely drunk ladies. Their antics and shenanigans are only made better by their extremely hilarious personalities. You do not want to miss these adventures.

I read volume one many years ago when I received it as a gift. I have wanted to continue on with the series, but failed to purchase the next volume for inexplicable reasons. I'm very excited to finally return to this world and these characters.

I find superhero comics only interest a very specific crowd. I could explain the significance of these particular comics, but typically, those who are interested are already well-aware. Therefore, I will just show you the rather exciting collection of titles I purchased below! 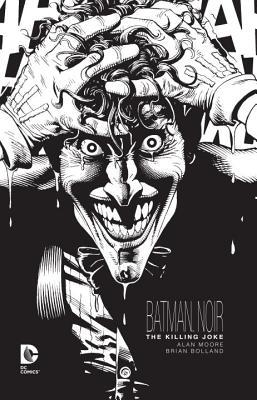 Thanks for visiting! Have you made any exciting book purchases recently? Have you read any of these titles?